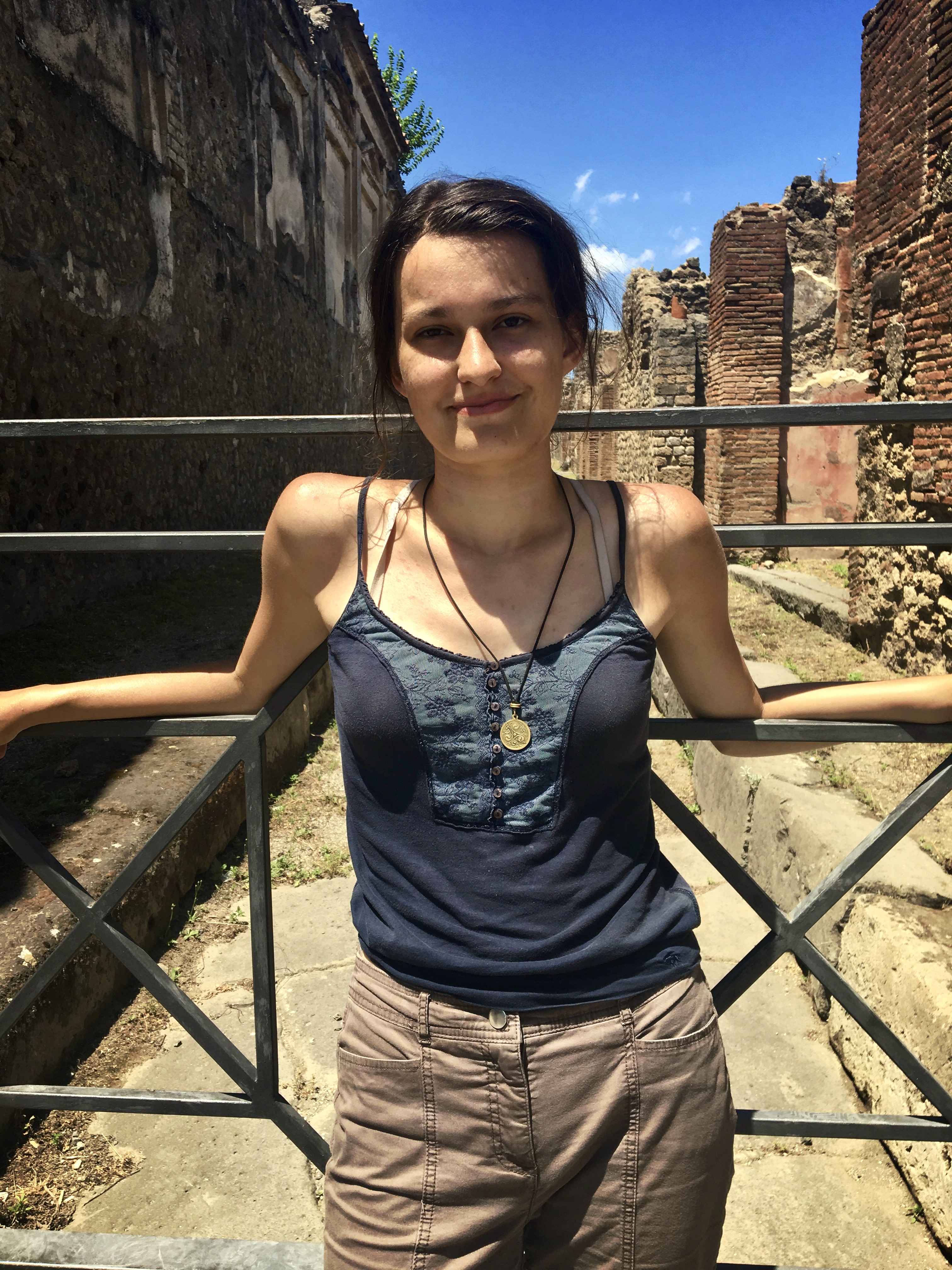 Classics major Jillian White in Pompeii while conducting her research

Classics major Jillian White received SOURCE-funding to complete a research project this summer on women’s’ agency in the ancient city of Pompeii entitled “The Real Housewives of Pompeii.” Dr. Evelyn Adkins, Assistant Professor of Classics, was her project mentor. Jillian will be presenting at SOURCE Intersections this coming Friday, December 6 from noon to 2:45pm in the Tinkham Veale University Center. Jillian reflected on her research experience:

I am so incredibly grateful to have been for the generous support of my project from SOURCE, Study Abroad, and the Department of Classics. It means so much to me as a student to have received the mentoring, means, and encouragement I needed to develop and complete the Real Housewives of Pompeii. I learned so much from this project, about Pompeii, research, travel, and myself. It was far from perfect– some things went comically, horrifically wrong in my travels, and I experienced all the frustrations of research and study abroad alike. However, I had an amazing time, and I came out of the whole experience with more confidence and even more love for classics and the ancient world. I’m really excited to continue sharing my research at SOURCE Intersections.

“The Real Housewives of Pompeii” Abstract

Much of what we know of the Ancient Romans originates from sources pertaining to or created by elite men. Information about the lives of women in the ancient world is comparatively sparse, especially sources written from women’s own perspectives. This project examines women’s voices and agency in Roman Pompeii. It is presented in four case studies: Julia Felix, a wealthy female entrepreneur; Eumachia, another wealthy woman heavily involved in the religio-political landscape of the city; the Lupanar, Pompeii’s custom-built brothel; and CIL IV.5296, a controversial inscription argued to be one of the few extant writings expressing love between two women in the Roman world. I selected graffiti and inscriptions found at each of these sites and interpreted  them in their original physical and social contexts. In the course of this project, I traveled to Rome, Naples, and Pompeii to examine archeological evidence pertaining to each site, as well as early Imperial Rome as a whole. By synthesizing these findings with the work of other scholars in both Classics and Feminist Theory, this project opens a window into what life might have been like for Roman women across many intersecting identities.