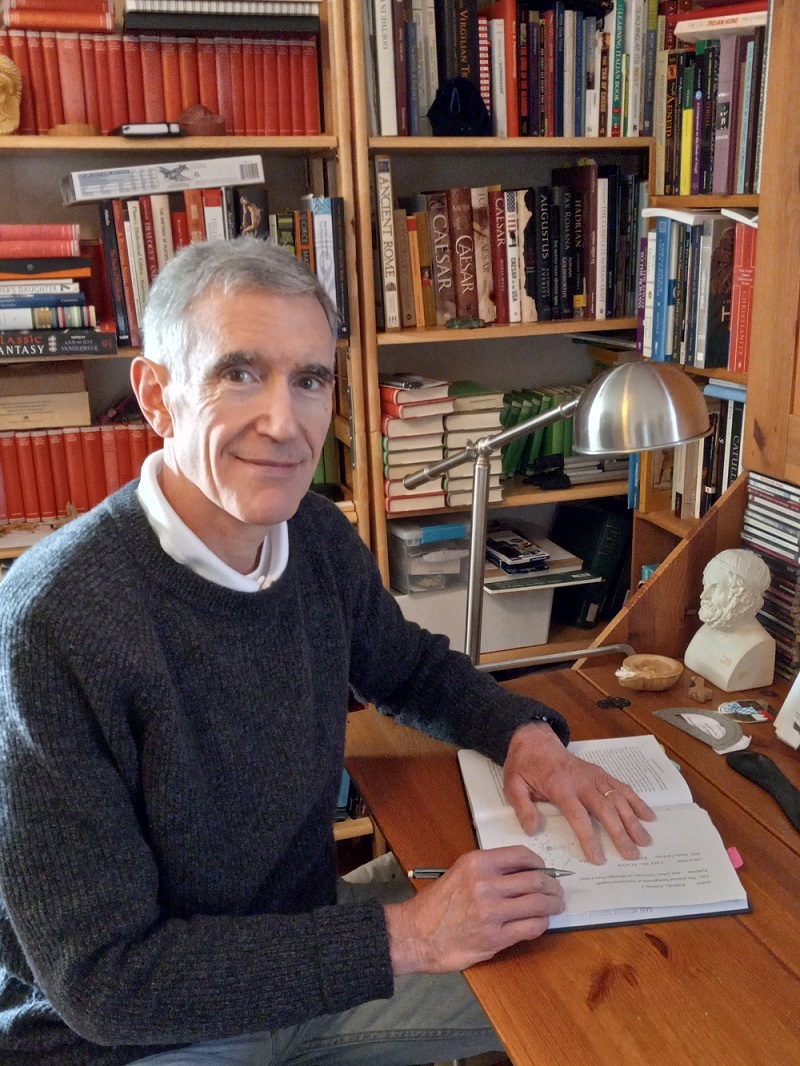 Timothy Wutrich’s scholarship and teaching interests also connect with his outreach activities. For many years he organized Vergil Week, a campus-wide celebration of the poetry, life, and times of Vergil, Rome’s greatest poet. Dr. Wutrich also has been involved with the Society for Classical Studies’s Committee on Ancient Drama and Performance (CAMP), serving as the committee’s chair from 2016 – 2019. He has acted in a number of ancient plays, as well as in plays from the Classical Tradition. Since 2020 he has been chair of Theater in Greece and Rome (TIGR, https://camws.org/node/1901), a group he co-founded, which is dedicated to the study and performance of ancient theater. TIGR is affiliated with The Classical Association of the Middle West and South (CAMWS). In 2021 Wutrich directed a TIGR Zoom production of Plautus’s Amphitryon for which he translated some Renaissance Latin scenes designed to fill a lacuna in the play.