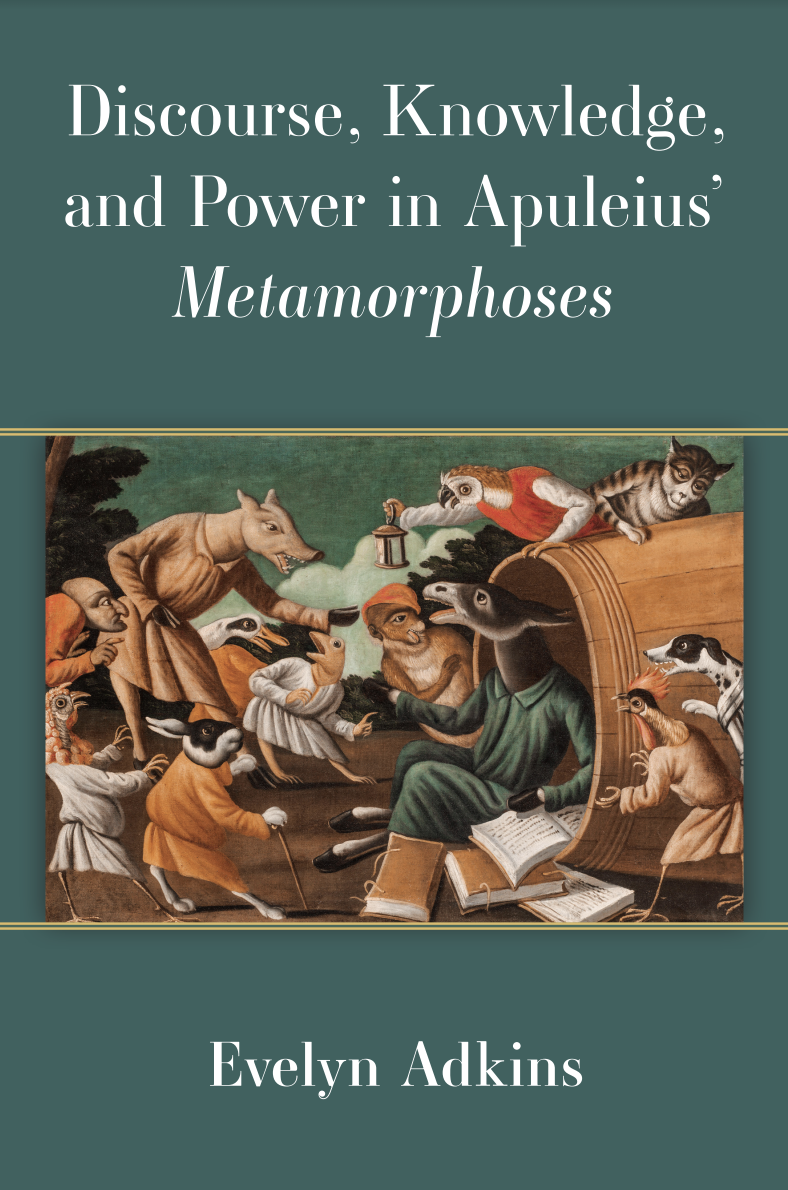 This May, Evelyn Adkins, Assistant Professor in Classics, published the book Discourse, Knowledge, and Power in Apuleius’ Metamorphoses with the University of Michigan Press. This is the first book to examine discourse as a tool of social power and the links between speech and literary characterization in the Metamorphoses or The Golden Ass, written in the 2nd century CE by the North African Roman author Apuleius and our only novel written in Latin to survive in its entirety from antiquity. Adkins argues that discourse, including speech, silence, nonverbal communication, and written text, is a primary tool for the negotiation of identity and social relations in the novel. Combining discourse analysis, gender theory, philosophy, and religion with literary and rhetorical studies, she offers a new approach to interpreting the story of a man who is magically transformed into an ass with an eye to what it can tell us about the relationships between discourse, knowledge, and power in the High Roman Empire.