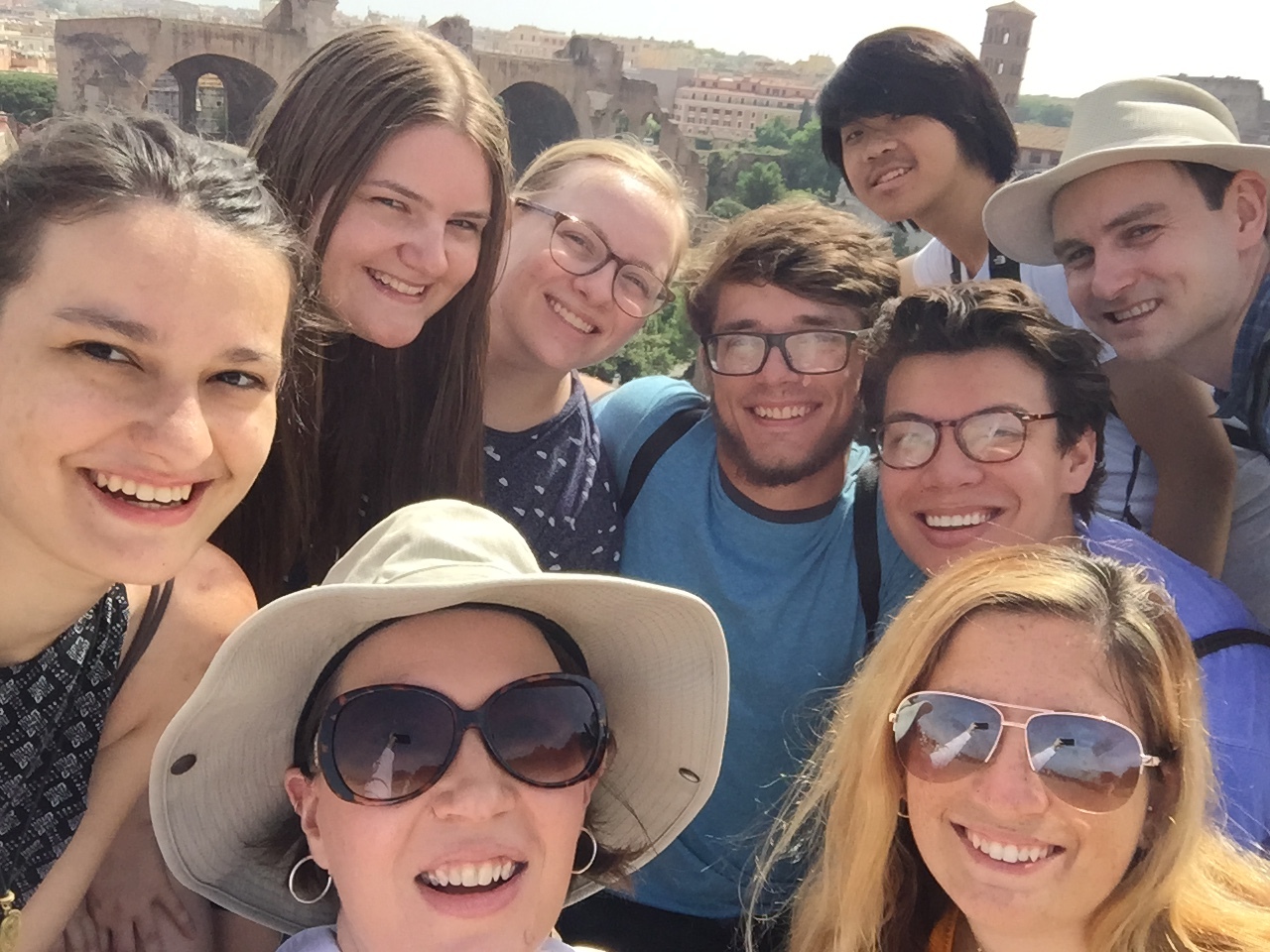 Drs. Evelyn Adkins and Mark Hammond (in the hats) with CWRU students at the Roman Forum overlook on the Palatine Hill

Drs. Mark Hammond and Evelyn Adkins traveled to Rome with a group of students as part of CLSC 326–Rome on Site: The Archaeology of the Eternal City!

During the 18 day study tour, students visited the major archaeological sites and museums of Rome and its neighbors, including day trips to the Etruscan tombs at Tarquinia and Cerveteri, the archaeological playground of Ostia, the hill-top city of Palestrina, and the ongoing excavations at Gabii. The group also took an extended trip to the Bay of Naples to explore the spectacular remains of the cities of Pompeii and Herculaneum.

Check out more pictures from their study tour on the Classics Facebook page!